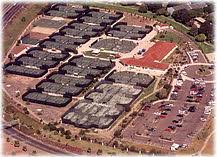 Elliot Feuerstein is an experienced San Diego shopping center developer who also has served on the board of several organizations, including the Sharp Hospital Foundation Board. Elliot Feuerstein also was part of the effort to raise money for the Barnes Tennis Center, a children’s tennis education center in San Diego. The Barnes Tennis Center offers a Junior Aces introductory tennis program for preschool-age children from 3 years old to 5 years old. The program emphasizes the philosophy that children learn best through multisensory, kinesthetic activities that encourage them to explore their bodies through movement and play. Tennis lessons are combined with more structured academic classes, so children get to take part in a range of developmentally appropriate educational and recreational activities.In addition the preschool program, the Barnes Tennis Center offers homework assistance through the Youth Tennis San Diego program. The on-site library provides an ideal place to study as well as plentiful resources on tennis history and other subjects.
Posted by Elliot Feuerstein at 3:57 PM