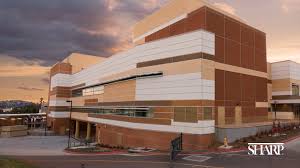 Currently the managing officer of Mira Mesa and other multi-tenant shopping centers, Elliot Feuerstein is an accomplished real estate developer in the area of San Diego, CA. In addition to his professional accomplishments, Elliot Feuerstein is committed to community service. He served on the fundraising committee for Sharp Hospital’s Women’s Health Center in San Diego, CA.In addition to a state-of-the-art women’s center, Sharp Hospital is home to a new 60,000-square-foot Heart and Vascular Center. Sharp has long been known as the hospital that deals with the state’s largest workload relating to severe heart attacks. Its new $99 million heart and vascular treatment wing includes four cardiac catheterization suites and four operating rooms, whose hybrid features allow surgeons to transition between non-invasive and invasive surgery if necessary.Part of the funding for the new vascular wing comes from a $247 million infrastructure bond known as Proposition G that San Diego voters approved in the year 2006. In addition, Ed and Sandy Burr of La Mesa, who own EDCO, generously donated $5 million toward the project.
Posted by Elliot Feuerstein at 10:46 PM