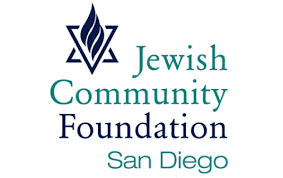 Elliot Feuerstein brings more than 40 years of experience in commercial real estate to his role as an officer of Mira Mesa Shopping Center in San Diego, CA. Alongside his activities in real estate, Elliot Feuerstein takes an active role in his community as a supporter of local organizations. He is a former board member of the Jewish Community Foundation (JCF) of San Diego. Since 1967, JCF has provided financial resources and support tools to help individuals and community organizations attain their philanthropic goals. Through its grant program, JCF leverages more than $425 million in assets to award millions of dollars in grants each year. JCF recently released its financial numbers from the fiscal year 2018 and was proud to report that it distributed 6,900 grants to more than 1,800 organizations. In total, the Foundation awarded and facilitated over $84 million in grants. In addition to providing large grants to organizations in need of significant funding, JCF and its donors distribute many smaller awards to individuals and community groups throughout the country. Of the grants awarded in the fiscal year 2018, 57 percent were for amounts between $100 and $1,000.
Posted by Elliot Feuerstein at 6:24 PM